Home  »  Blog  »  Panda Technology in Action: A Day in the Life of a Sales Agent

PandaTS Technology in Action: A Day in the Life of a Sales Manager 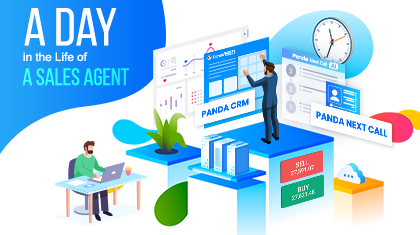 Panda Technology in Action: A Day in the Life of a Sales Agent 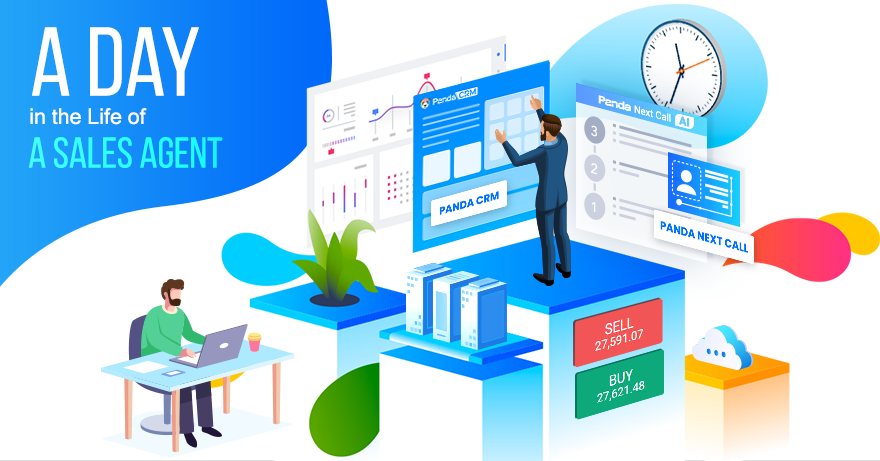 Several weeks ago, Daniel was hired by an FX brokerage that uses PandaTS as its primary technology provider. He works on the Spanish sales desk, which means that his main day-to-day duties involve getting in touch with prospects in Spanish-speaking markets and helping to convert them into fully-funded live accounts.

Every morning, Daniel rides his electric scooter along the promenade to the local gym. After completing his workout, he showers, changes into his officewear, and heads to the office. He believes that exercising before work is important as it energises his body and brain so that he can be as alert as possible on his shift.

“I think it gives me an edge,” he says. “I’ve noticed that many of my colleagues need lots of coffee breaks to keep them going. If I exercise before work I feel full of energy and ready to go.”

At the office, Daniel greets the colleagues he’ll be working the early shift with and sits down at his station to start his day. He’ll spend most of the next eight hours using Panda CRM, a business intelligence suite that’s the backbone of the brokerage he works for.

The first place he goes to as soon as he logs in is the My Dashboard area. This is where he can see sales-related insights in real-time as clients take actions on the company website and trading platform. Immediately, he notices that a client from Grenada he spoke with on Friday evening logged in five minutes ago and has just navigated to the deposit page.

He can set the Sales Insights tab to inform him about specific events, such as when a client is online, or when they have successfully uploaded their documents, but Daniel prefers to see all the various events as and when they happen in one place.

Below Sales Insights, Daniel can see all the tasks that have been assigned to him, and any call appointments he has previously made. Today he doesn’t have many calls scheduled. He has a call with Martina at 11 am and one with Jose at 11:30 am. Management has also assigned two clients to him. The task list informs him that he should call them both after lunch.

To the right of the Sales Insights tab and below his monthly goals, is Daniel’s Client Segmentation area, which is divided into three colours. Yellow refers to new clients who have yet to be converted to full live accounts, green is for converted clients who have yet to fund their accounts or who have done so but may have not initiated any trades yet. Finally, red is for problematic leads, these may be too young to trade, have provided a wrong number or rarely answer the phone.

“It’s great to know exactly what you’re supposed to be doing and to have access to everything you need right in front of you. It’s also pretty cool to be able to sit here and see all this client activity happening in real-time. It’s very useful for me because I can see where my clients are navigating. It gives me a chance to call them when I know they’re engaging with us, and many times I’m able to help them with something they’re stuck on. Ah, look what just happened here.”

Daniel points to the client from Grenada, Hugo, who was logged in when Daniel arrived and is now on the deposit page.

“You see, the system is telling me that he just tried to make a first-time deposit but was rejected. I will call him now and see what the issue is. Look how easy it is. One click brings up Hugo’s client card with all the information I need about his account, two clicks gets him on the line.”

Daniel calls Hugo, who’s pleased to be contacted so soon after experiencing trouble on the deposit page. Daniel advises him to try depositing a smaller amount because he’s noticed that it’s often due to an exceeded card limit that the client isn’t aware of. Sure enough, Hugo tries again and the deposit goes through.

Hugo is very thankful for the assistance and Daniel has just made his first FTD of the week. After wishing Hugo a good day and arranging to call him next month, he checks his monthly target on the top right of the screen and sees that with Hugo’s deposit he’s already more than halfway there!

“You see how easy that was? This system gives me the tools I need to see what’s going on and to know the next thing I should spend my time on. So, now we’re on Hugo’s client card. I will schedule another call with him next month from here and the system will update his card with the call we just had.”

Once he does this, and with Hugo’s client card still on-screen, Daniel points to an area beside it called Panda Next Call.

“This thing here is amazing. It’s called Next Call AI, it tracks client behaviour and then presents us with the most urgent next call we can make. The Sales Insights list we saw before also works with the Next Call AI, but I can see what’s going on even when I’m on a client’s card, so I never miss out on anything and can make my next call from here. It’s these details that make working with this system so efficient.”

Daniel proceeds to make another call suggested by Panda’s Next Call System, a client who has just created a live account, then jumps on his 11 am with Martina, followed by his 11:30 with Jose. After lunch, he gets to the two calls assigned to him by his manager. The first is a follow-up with a new registration who’s been practising on a demo account for two weeks. The second is an existing client who’s interested in trading oil futures and also wants to upgrade his account to a higher tier.

After completing the call, Daniel explains how much data he has at his fingertips and how seamlessly the system allows him to jump from one lead to another, quickly pulling up any information he may require.

“I used to work from a shared Excel spreadsheet that my previous manager would prepare for us. We would spend the whole shift going through this list. Most of the time nobody would answer. A lot of the time those who answered were inconvenienced by the call. It’s not a great feeling, you know, to be bothering people for eight hours straight, hoping that the next one will be a conversion. With this system, the people I’m calling are already on the website or the platform as I’m calling them. This means they’re much more likely to want to talk to me and a lot of the time they actually need help with something. Also, check this out. Okay so, now I’m on the last client’s card, the client who was interested in oil futures.”

Daniel scrolls down to reveal a list of all the different types of data available to him regarding this specific client.

“In my last job, if I wanted access to this information I’d have to request it from each of the departments, then wait for them to approve my request, export the data and send it to me. In this list here I can see everything that has been approved for my position by upper management. Email and Help Desk communications he has previously had with Customer Support. The financial transactions he’s had with our company via Back Office. Even all the trades he has previously made, which I would otherwise have to go to Dealing for, and those guys don’t like being disturbed by anyone. I can check all this information before I get on a call with a client, so I know what I’m talking about. I can even pull it up when I’m on the line with him as different subjects come up in the conversation. For me, this makes every working day much more productive. I don’t waste my time doing pointless things and actually feel like I’m being of service to my clients.”

When asked if he thinks he’ll stay with the company for a while longer, he smiles and navigates to the public leaderboard, showing that he’s currently in third place for the month.

“Of course,” he replies. “I’m the new guy and I’m already competing for second place! I think this way of working has everything I need to keep me motivated and to help me do my best work.”

Join us in part 2, to read about a day in the life of a sales manager in action!