What Panda Means When We Talk About Simplified Trading

The Future of CFD Brokerage: AI and Machine Learning in Panda’s Brokerage Systems 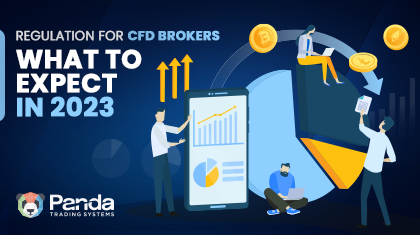 Regulation for CFD Brokers, What to Expect in 2023 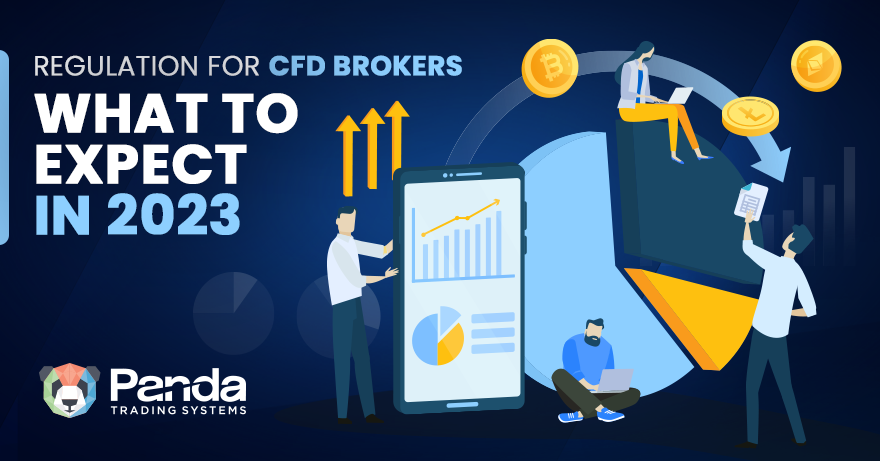 As we usher in a new year, the question of regulatory changes for 2023 is on the minds of many market participants. 2022 was relatively quiet on the regulatory front, with few material changes to the existing frameworks affecting CFD brokers.

The utterly catastrophic blowup of crypto exchange and derivatives platform, FTX, has, of course, placed global crypto regulations front and center in the minds of policymakers.

However, the recent FCA warnings to CFD brokers, ESMA’s recommendations to CySEC, and ASIC’s enforcement of recent “design and distribution” regulations, are a clear indication that it may not be as quiet on the CFD regulatory landscape in 2023, as it was in 2022. That is, at least from the perspective of supervision and enforcement.

Following the FTX debacle, and the ongoing cascade of crypto bankruptcies in its wake, it’s expected that crypto markets will be at the very top of the regulatory agenda in 2023. Prime candidate, specifically for European crypto firms, will be the MiCA (Markets in Crypto Assets) regulatory framework, which is currently in the draft stage. A finalized version of the text is expected to be published in the spring of 2023, which will provide clarity to crypto firms in the region, and is expected to be applied in the 12-18 months following its publication.

The EU has been particularly proactive in its efforts to regulate crypto assets, but also in its efforts to understand this relatively new asset class, as well as identifying potential risks it may pose to the incumbent financial system that are unique to the functioning of crypto.

A rather prescient paper titled Crypto-assets and their risks for financial stability was published by the European Securities and Markets Authority (ESMA) ahead of FTX’s blowup in October of this year. The paper demonstrates a thorough understanding of the crypto sphere as well as the numerous risks therein, which speaks to a serious attempt by EU regulators to understand the space.

MiCA regulation will likely ringfence firms that deal specifically in crypto assets such as native tokens and stablecoins, from those offering financial instruments like CFDs (who are subject to MiFID regulations). In this way, firms are unlikely to be allowed to operate as both MiFID and MiCA firms. What this means for the offering of crypto CFDs remains to be seen.

Cross-border activities in the spotlight

Cross-border activities are looking like they will be a persistent topic in the year to come, with UK, EU and Australian regulators all having taken actions in 2022 to combat the issue of foreign brokers marketing financial services to their citizens, or taking advantage of regulatory arbitrage between jurisdictions.

The letter is emphatic about the body’s willingness to punish FCA registered providers who allow UK citizens to trade with entities registered outside of the UK, including fines and/or their removal from the UK regulated market entirely.

In October of last year, ESMA specifically singled-out Cypriot regulator CySEC in its supervision of cross-border activities across the European Union. The European authority made two specific recommendations to CySEC, including increases in human resources tasked specifically with the supervision of cross-border activities of firms under its jurisdiction, as well as a general strengthening of the regulator’s monitoring and enforcement of compliance measures for these firms.

The following month, ESMA published a consultation paper that proposed several amendments to the standards governing the provision of investment services across the EU. These amendments included:

-the states that firms plan to use their passport in

-the internal structure of firms in relation to their cross-border activities.

Meanwhile, in 2022 the Australian Securities and Investments Commission (ASIC)

extended its restrictions on the sale and distribution of CFD products. The Australian regulator was originally seeking to extend the “product intervention order”, which expired on March 23, 2022, to April 2031, but has since extended the order to May 2027. The product intervention order largely brought Australian regulatory practices in line with those of the EU, making the region far less attractive to brokers as a point of potential regulatory arbitrage.

Supervision and enforcement over new regulations

If you’re discerning a trend emerging from all of the above, it’s that 2023 will probably be much more about increased supervision of financial services firms and the enforcement of existing rules, than about the creation of new guidelines.

We’ve already seen this in the case of ESMA, which is prioritizing the enforcement of protections that are already in place, allowing EU citizens to access investment opportunities across the region while still benefiting from the same level of protection across various jurisdictions. This can only be achieved by relevant NCAs (National Competent Authorities) fulfilling their designated roles in the supervision and enforcement of the existing rules for the investment firms that are under their authority. So, it seems that the pressure is on for these NCAs to perform their duties to a high level.

The same focus on supervision and enforcement holds true for the Australian regulator, whose “design and distribution obligations” related to the CFD products offered by financial services firms, started being enforced in October of 2021. ASIC’s recent enforcement priorities document for 2023 is as clear a demonstration as any that the regulator will be prioritizing the enforcement of existing rules in the year ahead.

The list encompasses everything from greenwashing to crypto scams. The focus on “target market determination,” which identifies the appropriate customers for a specific financial product or service, is particularly relevant to the CFD providers that are likely to come under increased scrutiny in 2023.

It actually appears twice in ASIC’s enforcement priorities for 2023, once under the main twelve points as: “Misleading and deceptive conduct relating to investment products which obscures the risk, performance or nature of financial products,” and then also under the supplementary “enduring priorities” section as: “Misconduct involving a high risk of significant consumer harm particularly conduct targeting financially vulnerable consumers.”

With not a great deal set to change in the actual rules themselves, investment firms are likely to have to contend with increased scrutiny to ensure that they are abiding by existing guidelines, as well as the possibility for increased enforcement actions should they stray from these rules. All three of the main regulatory regions have been emphatic on this, with the EU placing increasing pressure on national authorities to follow through with their obligations, ensuring that the supervision and enforcement of regulations are harmonized across the region.